Apart from the symptoms above, which can also be associated with a common cold, flu may cause headaches, the rapid onset of a fever, pains in muscles, fatigue, and sneezing. In can create lung infections, such as pneumonia, which may bring other complications with them.

The biggest problem is that flu is spread so easily. You could be standing next to someone in a shop or on the pavement and catch flu from them. Someone can have this infection but the symptoms not materialised as they can take anything from one to four days after the infection occurred. The person only has to speak, cough or sneeze to release the virus into the air and pass it on to other people. This can result in one person infecting several others and it is why in the winter months so many people will be made ill by it.

People over 65, very young children, pregnant women and people already with chronic conditions such as heart disease, diabetes or lung disease are more likely to suffer badly if they get flu. People who have survived cancer can also be at risk, as their immune system tends not to be as strong.

Having a flu shot can reduce the risk of becoming infected and it is recommended for anyone over 6 months old. Unfortunately, there are a lot of myths about the vaccine that stops large numbers of people protecting themselves and their families. 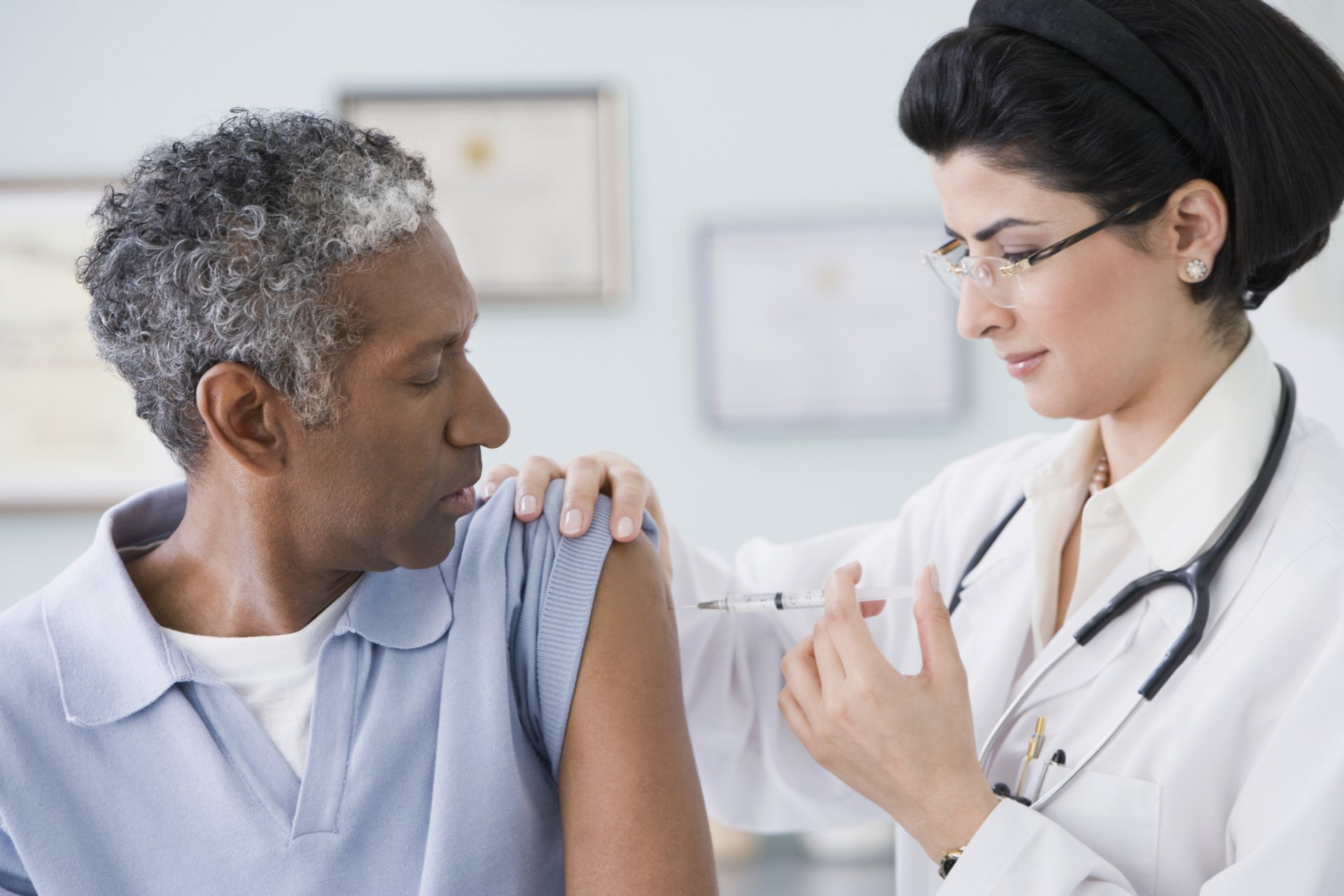 Myths About Having A Flu Shot

Myths often originate in untruths and a lack of knowledge about a particular subject, so let us take a look at 5 of the most common myths surrounding having a flu shot.

Australia’s Therapeutic Goods Administration (TGA) rigorously test all vaccines before their use is allowed. They also continue to check the safety of them once they are in use. They would not allow the vaccine to be used in Australia if they had any doubts about it and you can rest assured that the flu vaccine is safe.

Some people, but not everyone, may experience a few aches after having the flu shot. Their temperature may rise a little too but it is impossible for the flu shot to give you flu. For that to happen the vaccine would have to contain the live virus, and it does not.

What is more likely to happen is that you become infected within the two week period the vaccination takes to become most effective, but some people blame the flu shot because it is soon after they have had it.

This is probably one of the most commons myths. In fact, it is government funded for children from 6 months to five years, for people aged over 65 and pregnant women. Some health conditions also result in the flu shot being free, but even for the people that do have to pay it is not expensive.

You have to put this into perspective. You may have to pay a few dollars to get a flu shot but it could prevent you from losing time from work, which could be more costly.

The vaccine differs each year and is designed to combat the most common viruses that are expected. The viruses can alter and different ones appear, and everyone should have a flu shot every year. Most places offer either the trivalent or quadrivalent vaccines. These vaccines cover 3 or 4 strains of the virus respectively. These are the most common strains of the flu virus expected this season.

Myth # 5 - You Can’t Get The Flu After Being Vaccinated

There are multiple strains of the flu virus. You can still get flu after having the vaccine if you come into contact with a virus that is not covered, but the symptoms are likely to be less severe if that happens.

Another important consideration here is the timing of receiving the flu vaccine. As the vaccination takes two weeks to be effective, the best time is in April before the season begins. The protection it provides should last the whole season, but if you move from one state to another, you should talk with the medical professionals where you have moved. This is because the vaccines can vary slightly from state to state and cover different viruses. Moving to another area of Australia may mean a second flu shot is advisable.

Some people have a flu shot more than once a year, just to be certain they have all year round protection.

The flu vaccine might not be perfect, but you can rest assured it is safe, cannot give you flu, will cost you around $20. That is money you will wish you had spent if you get a bout of influenza.

In extreme cases, flu can cause death. In fact, in 2017 it killed 1137 Australians.  This spurred the federal government to provide enhanced vaccines for the elderly, as that is the group where many of the deaths occurred.  Flu has to be reported and in 2017 there were almost 250,000 cases nationwide.

In 2018 more than 4 million doses extra of vaccine were made available through the National Immunisation Program, state programs, and the private market. This is the main reason for the number of cases reported reducing to 52,000 and the major decline in flu deaths to 73.

Getting Your Flu Shot Before The Season Starts

At the CBD 7 Day Medical Centre, we have more than 30 years of experience in helping people from all walks of life and of all ages. We are the preferred medical provider for the Brisbane Tourism and the Convention Centre as well as all the leading hotels in the CBD and Southbank. International travellers guides, such as Lonely Planet, recommend us for backpackers and tourists.

Our doctors and nurses are dedicated to providing the best care available for all our clients, and that includes ensuring they get the protection of a flu shot. We realise that peoples lifestyles can affect the times they can get in to see us, so we open for 12 hours on weekdays. The hours are slightly less on weekends and public holidays, but we are there for you 7 days a week.

Our medical centre has the most advanced equipment to help us provide the highest standard of care. You will also find that our friendly staff are experienced and knowledgeable with their one aim being to provide you with the health care you deserve – the best.

If you are entitled to reduced fees, we will help to make sure that your entitlement is met. These can sometimes be complex, but we do not want you to pay more than you have to.

If you would like to know more about us, or about how we can help you,  you will find us on Level 1, 245 Albert Street opposite the King George Square in Brisbane. You can call us if you prefer on 07 3211 3611 or email us at [email protected].

Don’t let yourself become a victim of flu when the answer is so simple. Get in touch today and arrange to have your flu shot.